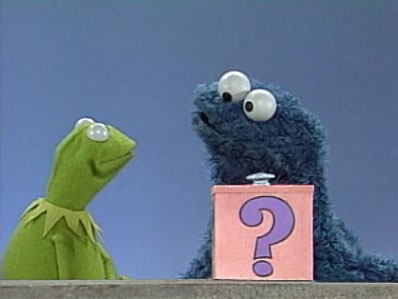 According to the Muppet Theory, proposed by Dahlia Lithwick, a writer at Slate, everyone is classified as either a Chaos Muppet ("out-of-control, emotional, volatile" like the Cookie Monster) or an Order Muppet ("neurotic, highly-regimented, averse to surprises" like Kermit).

If you are an inbox-controlling, email-clutter-hating, neat freak, then it will come as a shock to you that there exist people who dwell happily on the other end of the spectrum from you. Their inboxes could overflow with unread messages and they couldn't care less. They could get email notifications all day and feel zero compulsion (gasp, the horror) to open, read, respond or delete their messages the instant they dropped into their mailboxes. If you are palpitating with indignation that people could actually live this way, congratulations – you are officially an Order Muppet!

Judging by a 2012 study, that found 70 percent of work emails were attended to within six seconds of their arrival, Order Muppets are everywhere! Don't get too happy about it though. If you are an Order Muppet, you probably won't like the rest of this post.

Gloria Mark, a professor of informatics at University of California, Irvine, ran a study in which office workers were unplugged from their email for one workweek and were equipped with heart-rate monitors. On an average, their stress levels reduced significantly. From her findings, Gloria observed that for some people, email is an extension of autonomy-it's about having control. One subject, she said, told her that she let the sound of the bell and the popups rule her life. Compulsively checking email or clearing out queues of unread emails, could be a form of regaining control. "…. Those who feel compelled to check email may be more susceptible to feeling a loss of control [and] in missing out on information," Gloria said.

Putting more important tasks on the back burner just to rid your inbox of those bold, black unread messages might also be putting your productivity at risk. According to Gloria, it takes people on average about 25 minutes to reorient back to a task when they get interrupted, even if it is only a brief interruption like a quick response to an email. So what you are effectively doing, is wasting productive hours in the name of Inbox Zero!

Another reason that Order Muppets rule their inboxes with an iron fist is because of the illusion of progress that tasks such as clearing out your inbox, foster. If you are neurologically tidy, you probably can't help but delete or file away emails you are done with. But the next time the urge strikes you, stop a moment and consider this: your pointless obsession with a clean inbox comes at the very real cost of your precious time, effort and productivity.

Looking for a compromise between Inbox Zero and Inbox 5000? Click here, get the FREE FewClix Personal Edition and stay in control of your mailbox without deleting or filing away a single email!

« 3 Reasons to regularly unplug from your email

Biggest email time suck: And the winner is...

The 4 Biggest Inbox Enemies in the Workplace

Email Habits that Contribute the Most to Email Time Suck